Over $100,000 in emergency relief supplies are also en route 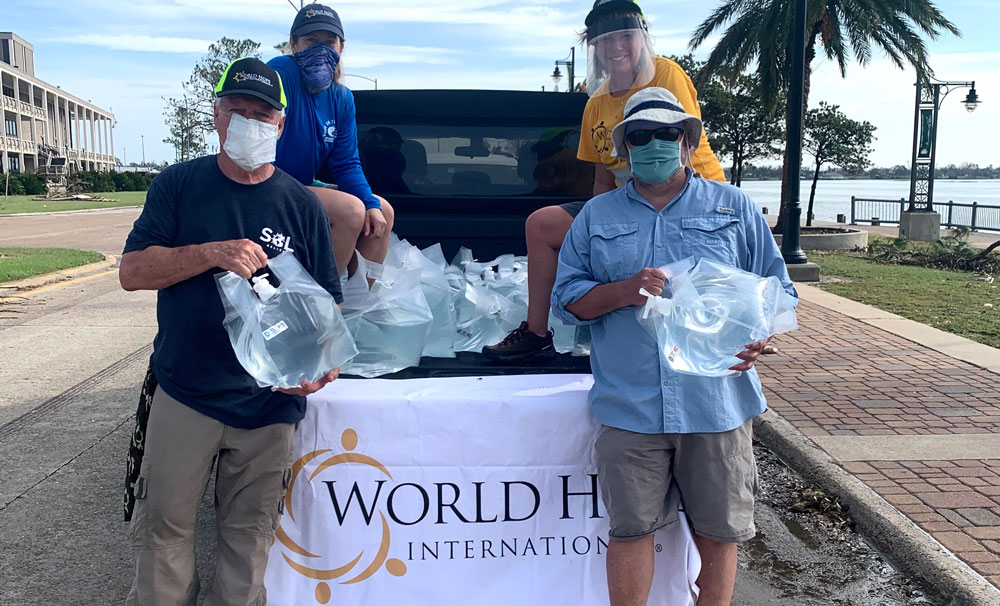 WASHINGTON D.C. (August 31, 2020) — The city of Lake Charles, Louisiana, was hit hardest by Hurricane Laura and survivors have lost their homes, their livelihoods, and even the most basic resources, including clean water. At the invitation of GOSHEP, World Hope International assembled an international team of disaster responders and deployed them to Lake Charles, Louisiana. The team flew in from across the United States and Canada through free flights provided by disaster relief aviation partners, Airlink and Sol Relief. The response team have a simple, three step directive:

Step 1: Use Clean Energy to Make Clean Water – Our team of six volunteers are providing the 71,000+ population of Lake Charles with access to clean water for drinking, bathing, and washing their hands. The ability to properly sanitize is even more important than usual with concerns of COVID-19 cases rising in the already devastated city. World Hope uses the solar-powered Spectra watermakers that make the highest-quality drinking water with a minimal carbon footprint, so in responding to one disaster we don’t contribute to increasingly volatile weather patterns that create such disasters. World Hope has the capacity to produce up to 2,000 gallons of clean water per day, which is freely supplied to survivors as well as fellow NGO partners, World Central Kitchen and United Way.

STEP 2: Supply vital emergency supplies – With the utter devastation brought on by Hurricane Laura, World Hope has received requests from GOSHEP for emergency relief supplies. Later, the City of New Orleans also requested aid for the 6,500+ evacuees its supporting. Our disaster response team secured over $100,000 in relief supplies plus 2500 hygiene kits and 500 water filters from Amazon and NGO partner, MAP International as well as steep discounts from Lowes on tarps and other items. We are sourcing other items as needed.

STEP 3: Encourage survivors and build hope – As World Hope has seen around the world, one of the most important needs following devastation in the presence of compassion and a listening ear. Co-Founder and CEO of Simple Green Smoothies, Jen Hansard, volunteered with World Hope’s disaster response team in the Bahamas last year and noted then that receiving survivor stories and bearing witness to the devastation was nearly as important as providing clean water. Both combined inspired hope and began the process of healing from so much trauma. Hansard is one of the responders now providing relief with World Hope in Lake Charles.

Note to editors: interviews with internal spokespeople and volunteers on the ground can be coordinated.

Our vision is to provide those in need with opportunity, dignity, and hope so they can possess the tools for change in themselves, their family, and their community. WHI supports all people regardless of ethnicity, gender, race, or religion.

WHI uses market-based and community-driven enterprise solutions to empower, protect, and build resiliency through innovative, environmentally conscious, and transformative projects. We deliver our programming through strategic local and global partnerships to create a maximal, sustainable impact.

Get updates in your mailbox

AN ORGANIZATION YOU CAN TRUST. 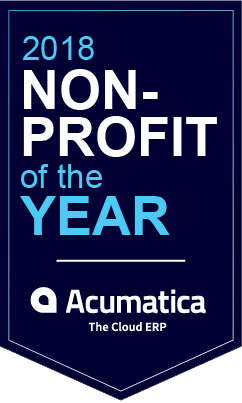 Spending of World Hope International (Canada) funds is confined to Board approved projects. Funds designated towards a project are used as designated, with the understanding that when the need for that project has been met or cannot be completed for reasons determined by the Board, the remaining funds designated will be used where needed most.