According to the US Department of State, human trafficking remains one of the world’s most hidden and misinterpreted crimes to date, as victims rarely self-identify, and law enforcement and service providers often incorrectly classify victims, which often leads to perpetrators going unpunished.

Sierra Leone suffers from both domestic and international TIP, with its citizens and migrant populations being bought and sold within and across borders into domestic and sexual servitude and forced labor.

Among the activities of World Hope’s Strengthening Responses to Trafficking project, strengthening the capacity of border law enforcement personnel to effectively and appropriately respond to crimes of human trafficking or modern-day slavery is key.

That’s why, with funds from the European Union, World Hope and our consortium partners – GOAL and Sierra Leone Labour Congress (SLLC) – designed a training program for law enforcement personnel that can be implemented in border communities within four districts in the regions of Sierra Leone.

This training enables participants to identify and refer potential incidences of external trafficking, as seen in the recent border smuggling breakthrough.

In order to successfully implement these trainings, it was necessary to first undertake an assessment/mapping exercise of the border crossing points within the identified districts staffed by law enforcement officials in order to: 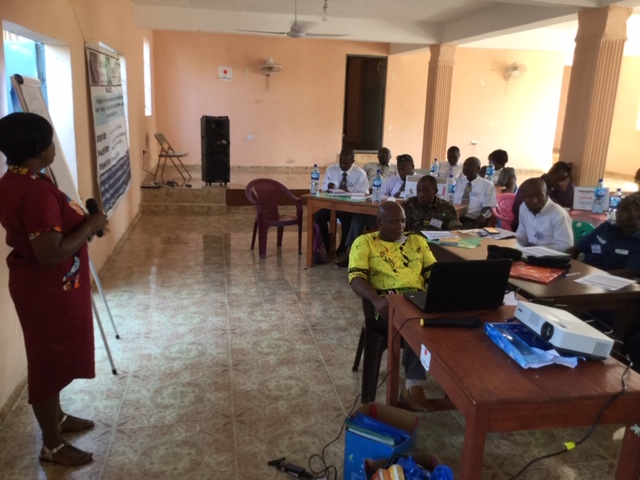 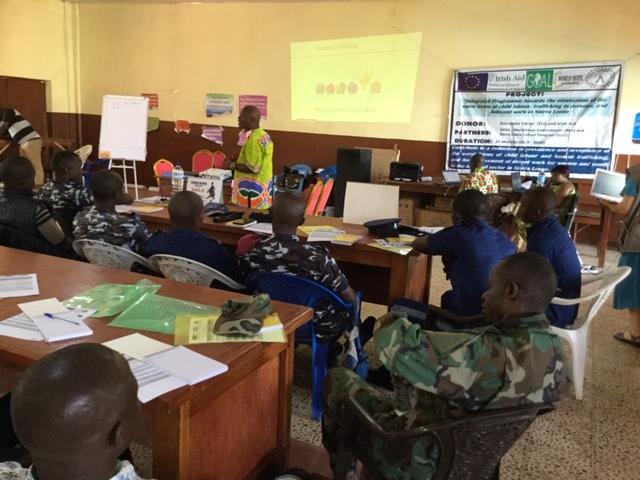 It was seen that there were many porous border crossing points that had no law enforcement personnel securing them, but only relied on well-intentioned community leaders to watch over.

However, the team was able to identify a total of 26 border crossing points that had law enforcement personnel securing them.

The team also visited three major crossing points bordering with the Republic of Guinea and Liberia in the north and south of Sierra Leone.

It is good to note that at these border crossing posts, different arms of law enforcement officials from a variety of government institutions, including Immigration, Interpol, the Family Support Unit of the Sierra Leone Police (FSU), the Transnational Organised Crime Unit (TOCU), the Republic of Sierra Leone Armed Forces (RSLAF), and more, are working collaboratively to secure both goods and people on the move for the general wellbeing and security of the country.

A total of 120 (7 females, 113 males) law enforcement personnel attended these trainings.  25 – 30 participant representatives were trained in each district from their identified boarder points.

Three professional officials who are knowledgeable in human trafficking were external facilitators from the Ministry of Social Welfare, including the Anti-Trafficking in Persons Secretariat, a Lecturer from the Sierra Leone Police training school, and the Head of Border Management Unit from the Sierra Leone Immigration. Co-facilitators for the trainings came from the project implementation team (WHI, GOAL & SLLC).

The training topics were focused on practicality and current trends as well as emerging issues of human trafficking and the legal frameworks, which are key to the pursuant of legal justice for victims which would lead to prosecution and conviction of perpetrators. 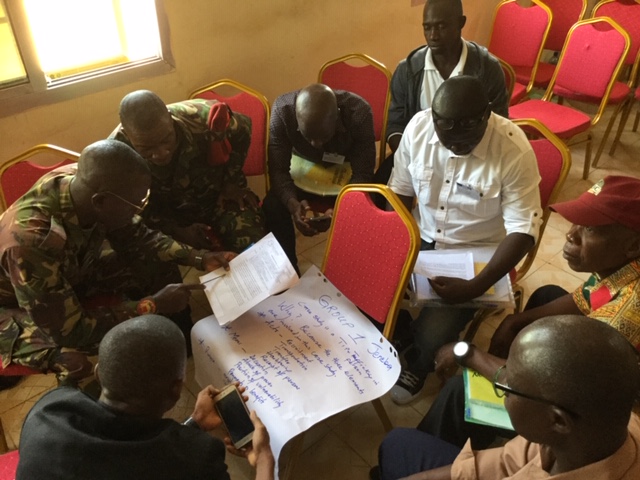 The training aimed to help participants overcome confusion or lack of awareness on what constitutes trafficking, and to build the capacity of border and FSU personnel to respond to cases in a sensitive and professional manner. The training also helped to clarify confusion that existed on trafficking to ensure that survivors of trafficking are identified without criminalizing migration.

Many participants expressed their appreciation for what they had learned and that, because the training was focused on border law enforcement personnel including all units staffing the check points, they now understand how essential collaborating together is in tackling TIP issues across borders. One of the training facilitators expressed his commendation for the work that was done, noting that World Hope is “focused, transparent, thorough.”

World Hope is pleased to see that the trainings are effective and empowering for participants and that participants from across the government institutions are taking the lessons they learned and applying them at the borders to help put an end to human trafficking.