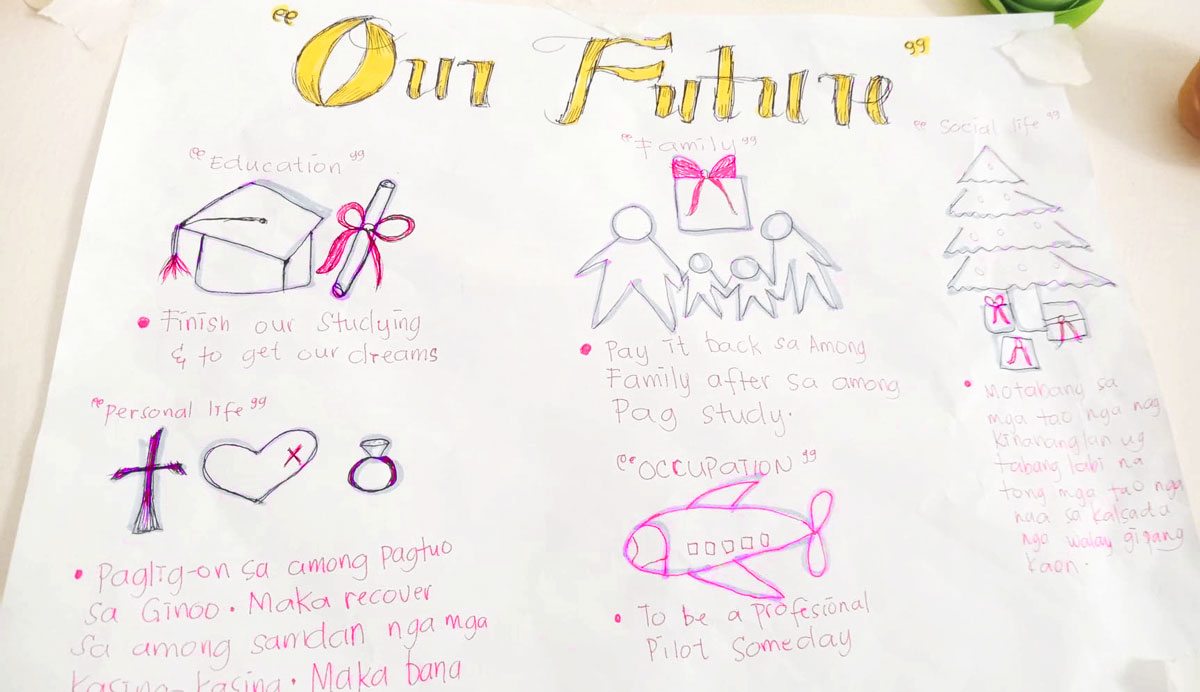 Sexual exploitation of children is one of the most heinous crimes in the world today as it targets the most vulnerable members of society – the children. Cyberspace has provided an easier and wider platform for sexual predators to access vulnerable children in any part of the world. Online Sexual Exploitation of Children (OSEC) is a phenomenon that emerged in the recent years which involves the production, possession, and distribution of child sexual abuse materials and livestreaming of sexual abuse or exploitation.

The Scale of the Problem

The Philippines has become the global epicenter of live stream sexual abuse, based on a study by the United Nations International Children’s Education Fund (UNICEF) in 2016. UNICEF’s findings showed that 80% (8 out of 10) of children in the Philippines are vulnerable to being victims of online sexual abuse or bullying. It was also found that 2.5% of children in the country have had their nude bodies or sexual activities shown on the Internet or on a cellphone.

The COVID pandemic facilitated a dramatic rise in OSEC cases. The Philippines has the longest and most restrictive lockdown, imposed by a government, in the world, to contain the spread of the virus, which began in March 2020. The country’s Department of Justice recorded a threefold increase in OSEC cases since the quarantine restrictions were enforced. Sexual predators, locked in their homes due to quarantine, have increasingly turned to cyberspace in order to victimize children. Likewise, the economic hardship brought about by the pandemic is compelling many Filipino families to participate in this online sexual trafficking just to survive.

“When the pandemic started in March, [we] received several referrals thus we needed to improvise our residential space to make room for the rescued survivors. We also had to decline a lot of referrals because of the quarantine protocols and lack of bedspace” explained Gemalyn Viola a social worker in Ruhama Center for Women and Children, a partner assessment center for OSEC, attesting to the sudden and steady increase of OSEC cases needing emergency placement.

WHI has been an active player in the prevention campaign to spread awareness about OSEC by enabling the local churches, Civic Society Organizations (CSO) and government social services. Through the Philippine Children Ministries Network, Church of the Nazarene, and Set Free Movement, 387 youth along with key adults in protective roles – which included 368 church lay-leaders and parents – were empowered through trainings on OSEC awareness, online safety, and referral protocols in several local communities. These awareness campaigns are now being conducted virtually due to the prevailing health risks but has been reaching a wider audience nationwide.

Furthermore, WHI implemented the Protecting At-risk-children Vulnerable to Exploitation project (PAVE) through the United States Department of State’s Office to Monitor and Combat Trafficking in Persons and The Salvation Army.

WHI worked with the Department of Social Welfare and Development and the Local Government Units of several municipalities/cities with high OSEC cases to strengthen aftercare services for survivors. It likewise established a wide network of partner residential and community based child care agencies which included 7 shelters in the National Capital Region and 9 shelters in the Central Visayas Region. A few of these include those of The Salvation Army, Love146, Cure Foundation, My Refuge House and SOS Children’s Village. WHI helped in coordinating referrals among its partners for placement options for OSEC survivors needing protective custody.

The average age of survivors is 12, but children as young as two months old have been subjected to this horrific form of abuse. The children are groomed to perform sexual acts in photos or live stream for the consumption of sexual predators – mostly from first world countries. Acts conducted by the children within the show vary from performing provocative dance numbers to, in extreme cases, having sexual intercourse with another child or adult. These complex victimization experiences compounded by the sudden separation from their families has tremendous negative impact on the mental health of the survivors.

In the PAVE project, WHI focused on enhancing the clinical care practices among government and Non-Government Organizations (NGOs) who are serving OSEC survivors. Over 170 social workers, counselors, and psychologists were trained on evidence-based therapeutic modalities that they can use to facilitate holistic recovery of the survivors from their abuse experiences. Through WHI’s capacity building programs, 162 OSEC survivors were provided with therapeutic interventions to support their healing throughout the 30-month course of the PAVE Project.

A WHI-trained social worker, Lander Perez, working in Kanlungan Sa ErMa Ministries (KSEM), said “The interventions for the OSEC survivors really helped us to understand the behavior of the children and on how to deal with it accordingly. Most of our OSEC survivors in the shelter have big changes in their level of trauma. Changes in their behaviors and perspectives are also very evident. It is not easy to handle a case of an OSEC survivor especially if you do not have any knowledge or skills on how to properly handle cases such as this.”

The Philippines has been plagued by OSEC specifically due to widespread poverty, lack of jobs, internal and external migration, and cultural norms that uphold prioritizing family over one’s own well-being, according to a study of Terre de Homes (2013). OSEC is made more convenient by the country’s high Internet access rate and English proficiency. The Philippines is being targeted to meet the increasing demand because of the vulnerability that comes along with high rates of poverty, which creates an environment for people to more easily be taken advantage of. 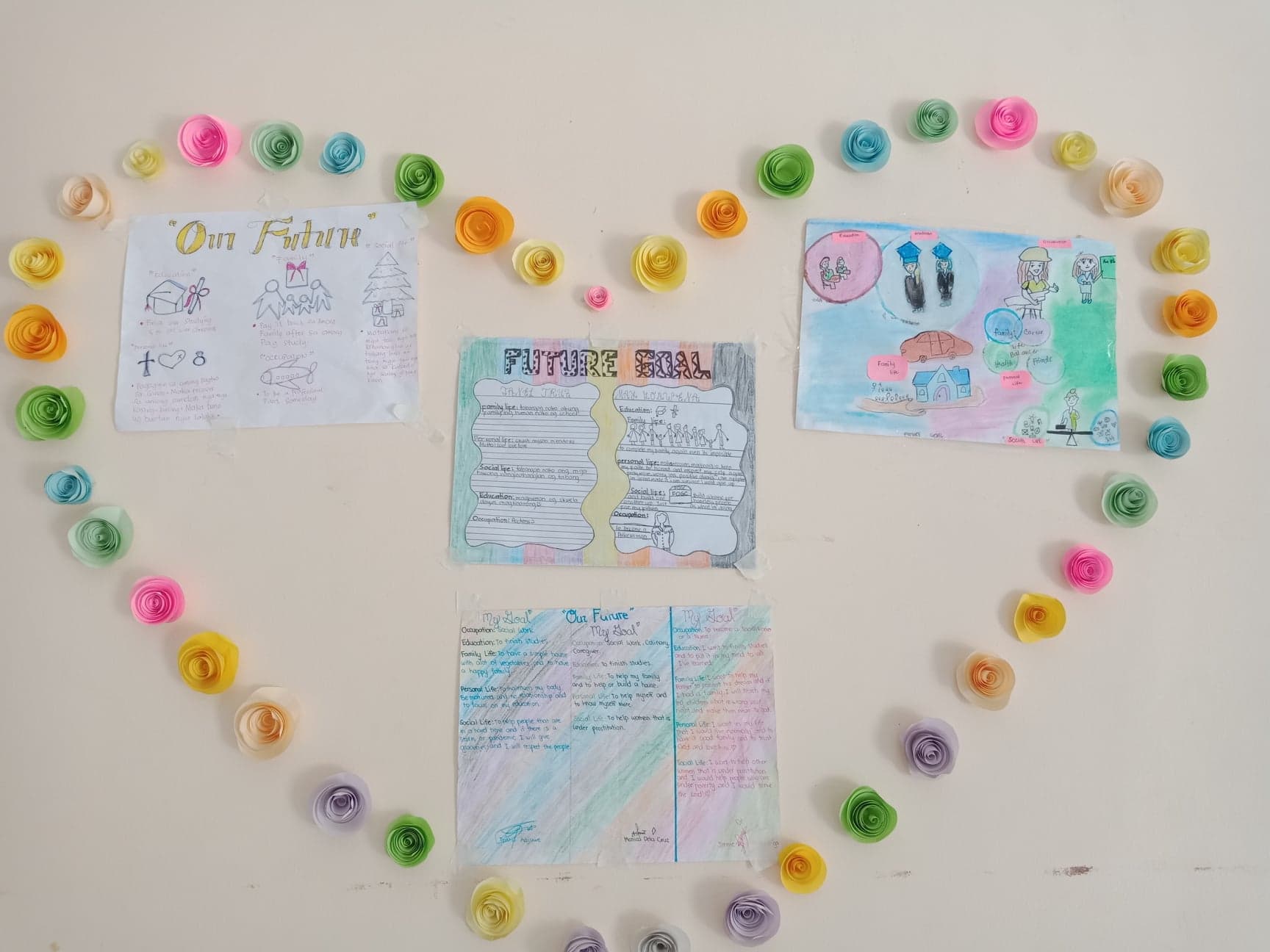 Full of hope, survivors visualized how they want their future to be; dreaming of becoming a policewoman, a social worker, a pilot, an artist, someone to help out their families, and more.

At the heart of this crime are impoverished Filipino families. In a recent finding of a partner organization- International Justice Mission (2020), it was concluded that OSEC is usually a family-based crime. They found that of the 217 victims where the relationship to the trafficker was known, the abuse was perpetrated by biological parents (41%) and other relatives (42%). Furthermore, of the survivors rescued together, 40% were siblings, and another 13% shared some other familial relationship (e.g. cousin).

“We don’t skip meals anymore, we can even have snacks and my children can now enjoy snacks whenever they want it, unlike before that they just watch with envy the other children who are enjoying their food. We now have a comfortable life; we are earning enough” a smiling Nanay (mother) Imelda shared. Back in April 2019, Nanay Imelda watched in tears as her daughter Cary, 14 years old, along with four other children, were rescued by officers in a joint operation. She was dumbfounded to know that Cary was lured by neighborhood perpetrators into OSEC. Cary was groomed to believe that it would be a good opportunity because she could help her siblings with some of their needs. After placement in a residential facility, Cary was eventually reintegrated in July 2020. WHI facilitated her reintegration and the family was initially supported with livelihood assistance. With a new fishing business to start out, Nanay Imelda and her husband were able to rebuild their family. They likewise underwent family sessions with a WHI social worker, which included psychoeducation on minimizing re-victimization.

Furthermore, WHI’s child sponsorship program in indigenous communities empowers families at a preventive level. Through education, the children and their families are provided with a chance to be alleviated from poverty. Education also serves as a powerful child protection measure that enables children and their families to be informed and to speak up about their rights. To date, there are about 350 students under the child sponsorship program in the Philippines. There is no known incidence of exploitation and abuse among these children who are being sponsored.

Families that are forced to find ways to survive each day because of socio-economic disadvantage will remain vulnerable to possible exploitation. Providing opportunities for families to rise beyond poverty is key to essentially eliminating the root cause of this tragedy.

The OSEC crisis did not begin with COVID – it was already there beforehand, affecting hundreds of thousands of children. But the pandemic was pivotal in turning this crisis into a much greater catastrophe; one that can permanently scar innocent children. The Filipino families are at a much greater vulnerability because of the health risks, restrictions, and the economic difficulties brought about by the pandemic. Sexual predators, on the other hand, are lurking in cyberspace taking advantage of those crippled by the crisis.

WHI has been responding to the threat of OSEC. However, this is an on-going mission that needs collaborative efforts from various sectors of society.

Together with your help, we can secure a future for Filipino children and children around the world; one that is free from exploitation and abuse.

What You Can Do

Sponsor a Child: To date, no child has been trafficked while part of World Hope’s sponsorship program. Why? Because when basic needs are being met and opportunities and hope abound, there is no stronghold for trafficking and families are less likely to turn to dangerous ways of meeting those basic needs. World Hope’s sponorship uniquely addresses barriers to quality education within communities- whether that means covering tuition, uniforms, and supplies; providing professional development to teachers; building bridges so students can safely reach their school; or something else yet.

Give to The Hope Fund: When you make a gift to The Hope Fund, you enable us to act when and where it matters to support survivors and anti-human trafficking efforts and to change the world we live in so trafficking is no longer is a threat – let alone an alternative livelihood.