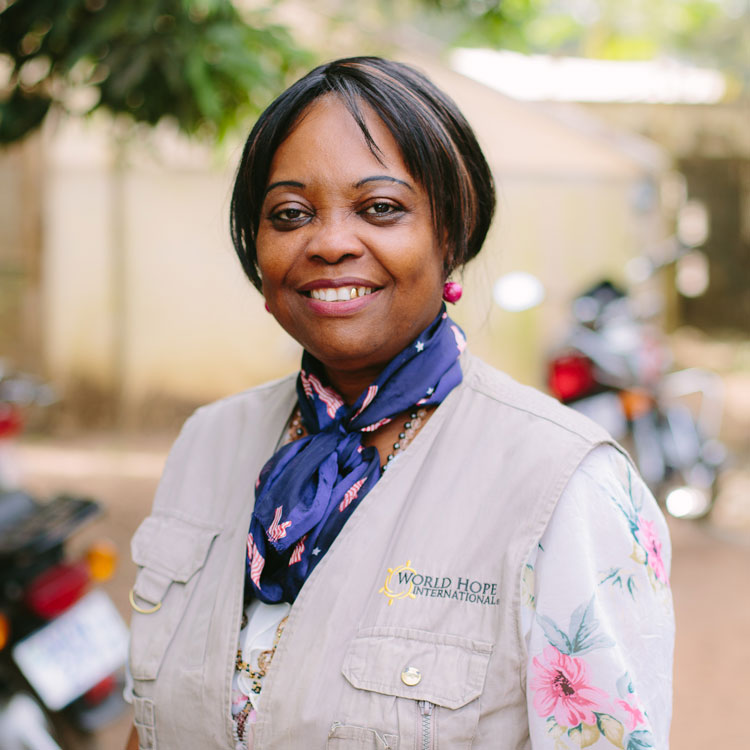 Bernadette Udo leads World Hope’s Makeni field office in the Bombali district of Sierra Leone. Bernadette was trained as a Registered Nurse and Certified Midwife in her home country of Sierra Leone, where she practiced nursing for ten years. During the civil war, she became a refugee in the Republic of Guinea, where she also practiced nursing. After this experience, she became committed to working on behalf of refugees and other highly-vulnerable people. Bernadette was awarded a scholarship by the Bill Gates Foundation to study in the US as a Population Leadership Fellow at the Daniel J. Evans School of Public Affairs at the University of Washington in Seattle.